Breaking down the different stages of data maturity with Jake Peterson, Head of Data at Vanta 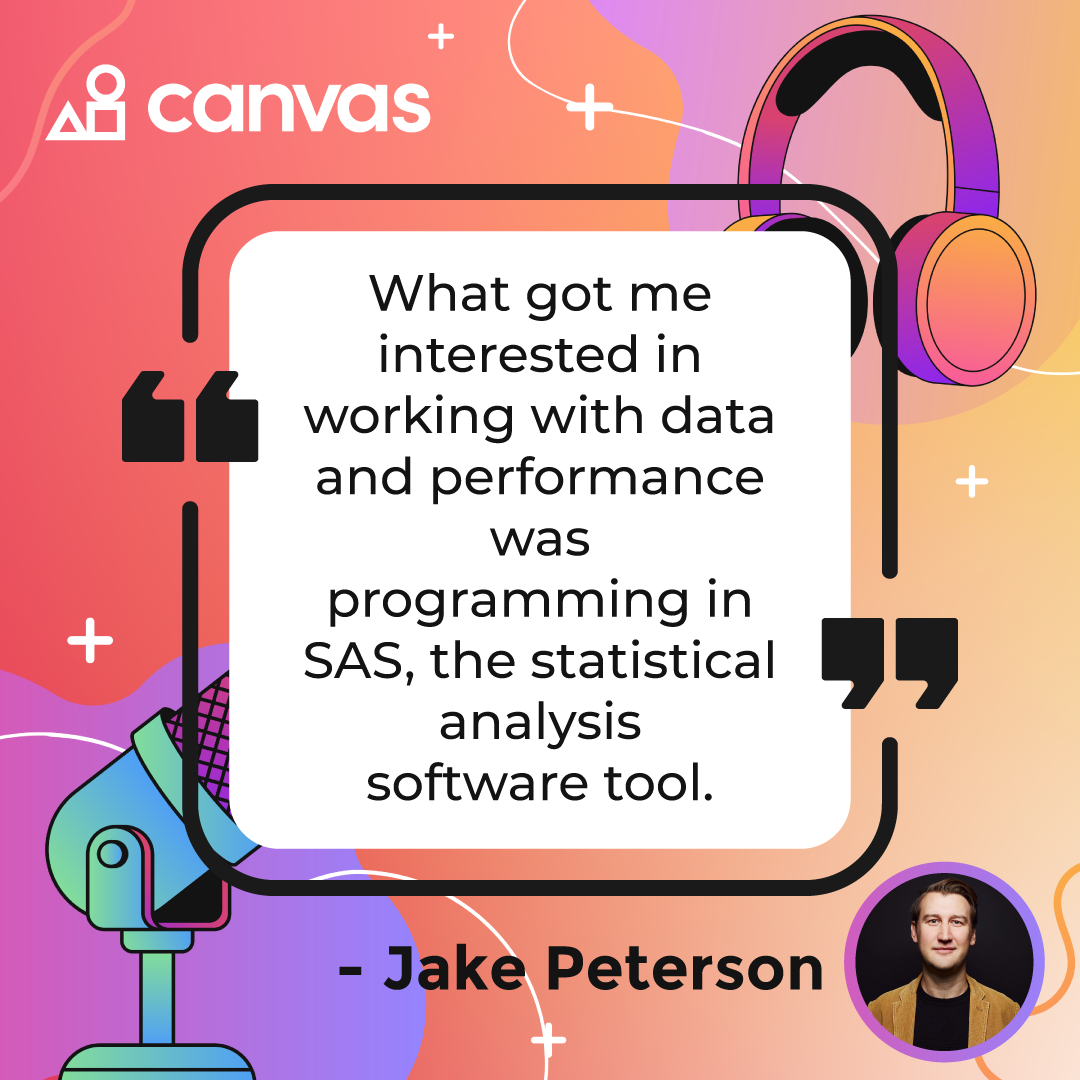 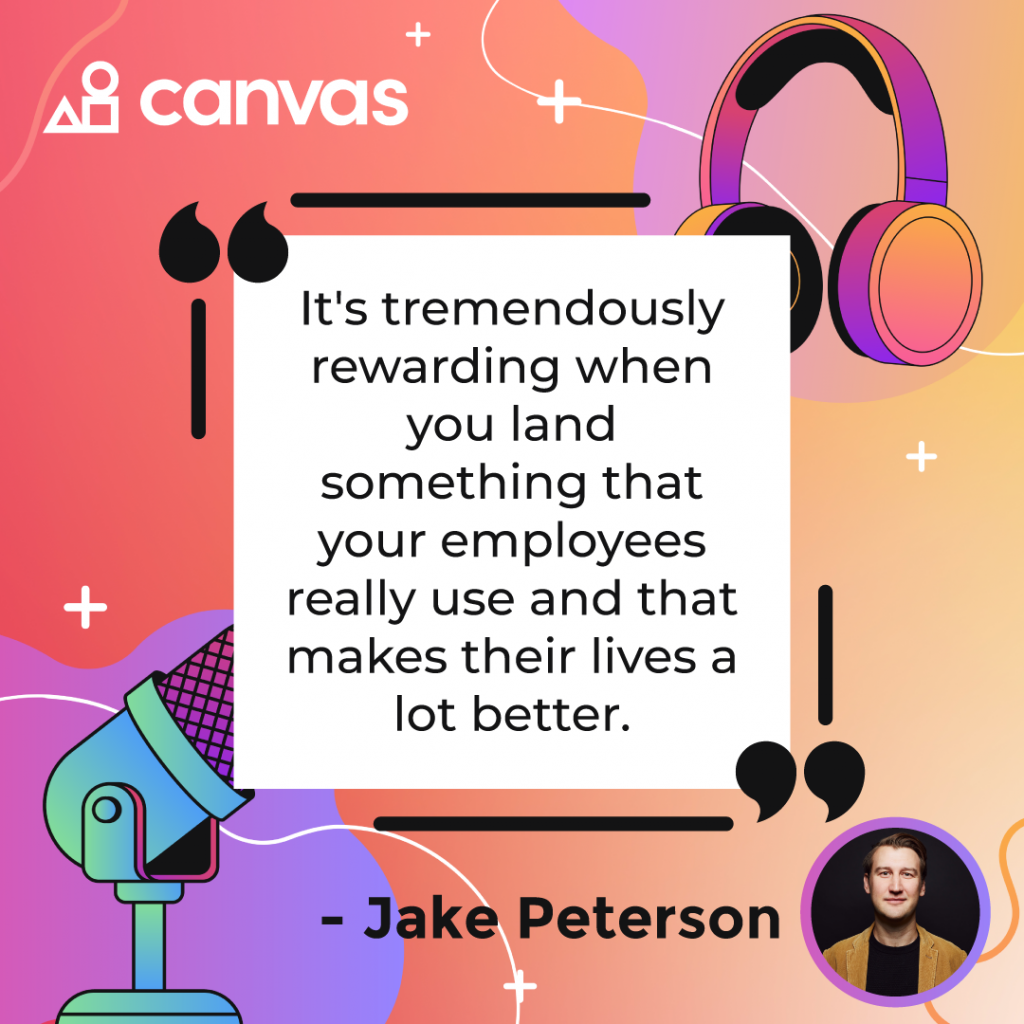 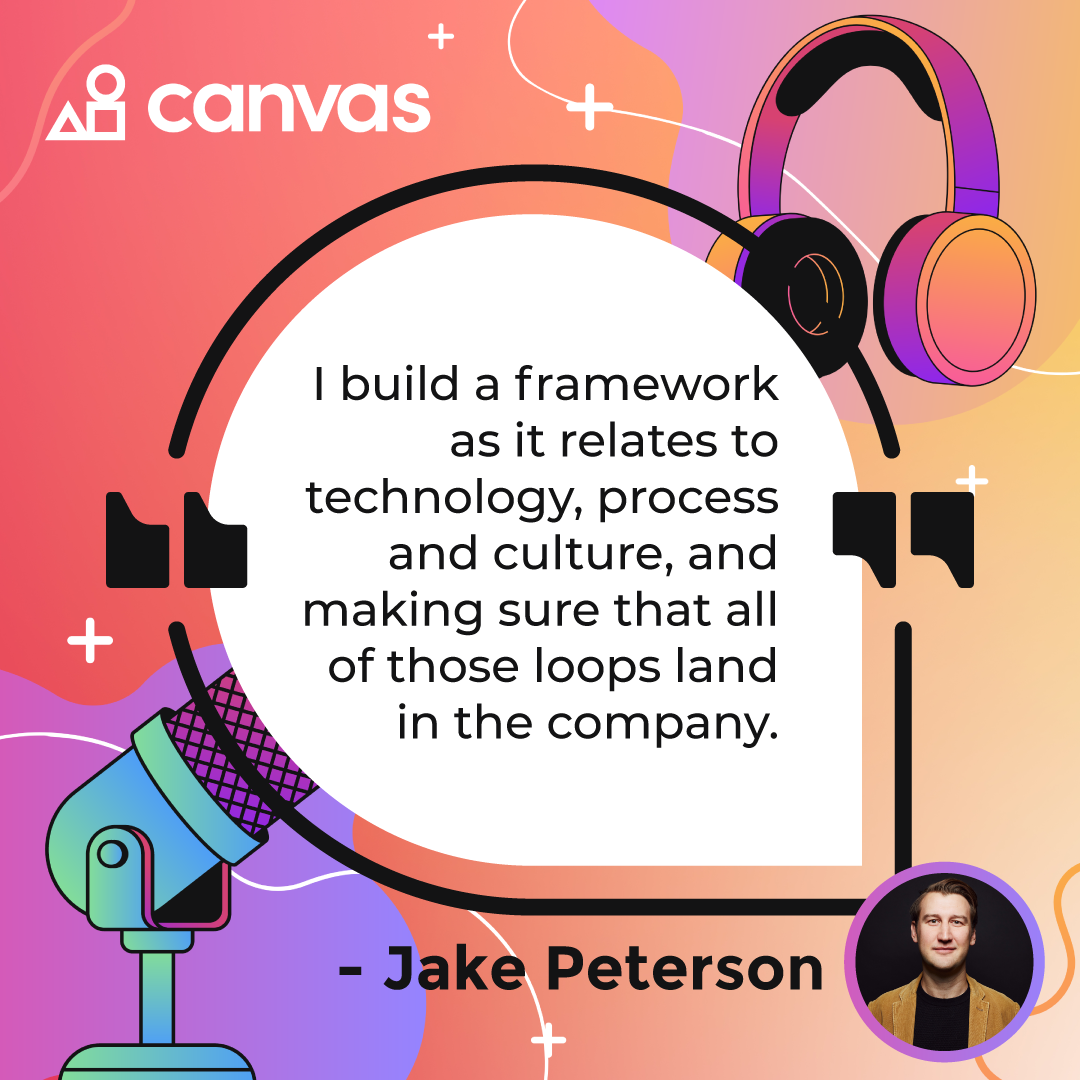 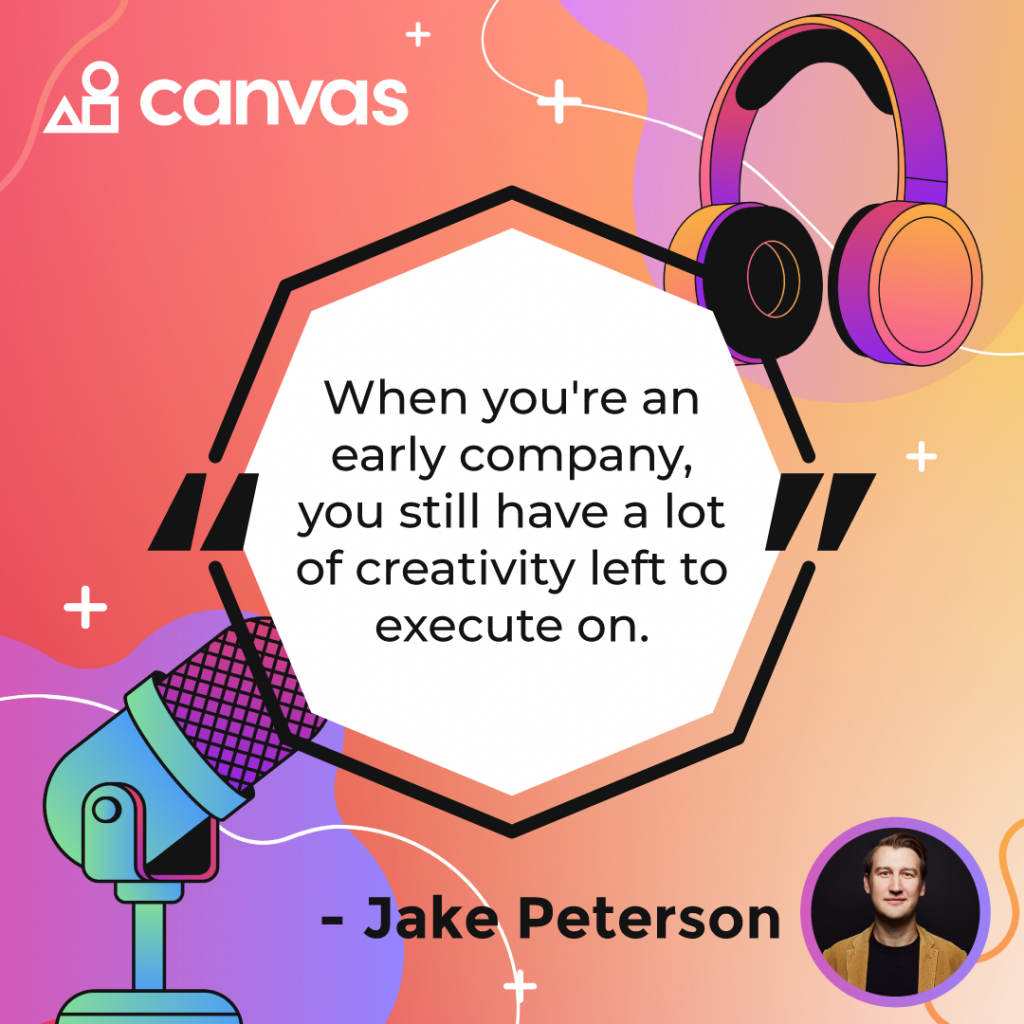 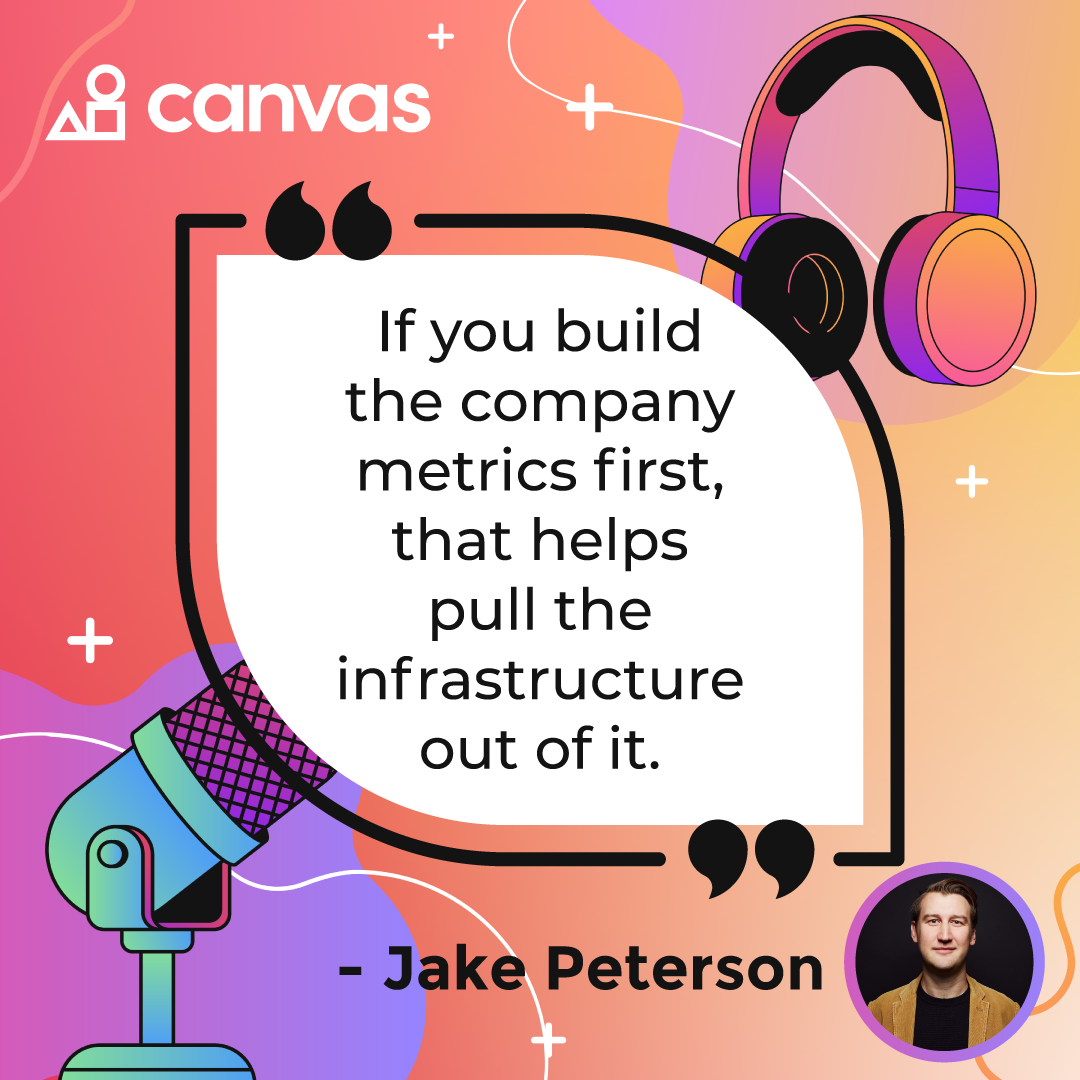 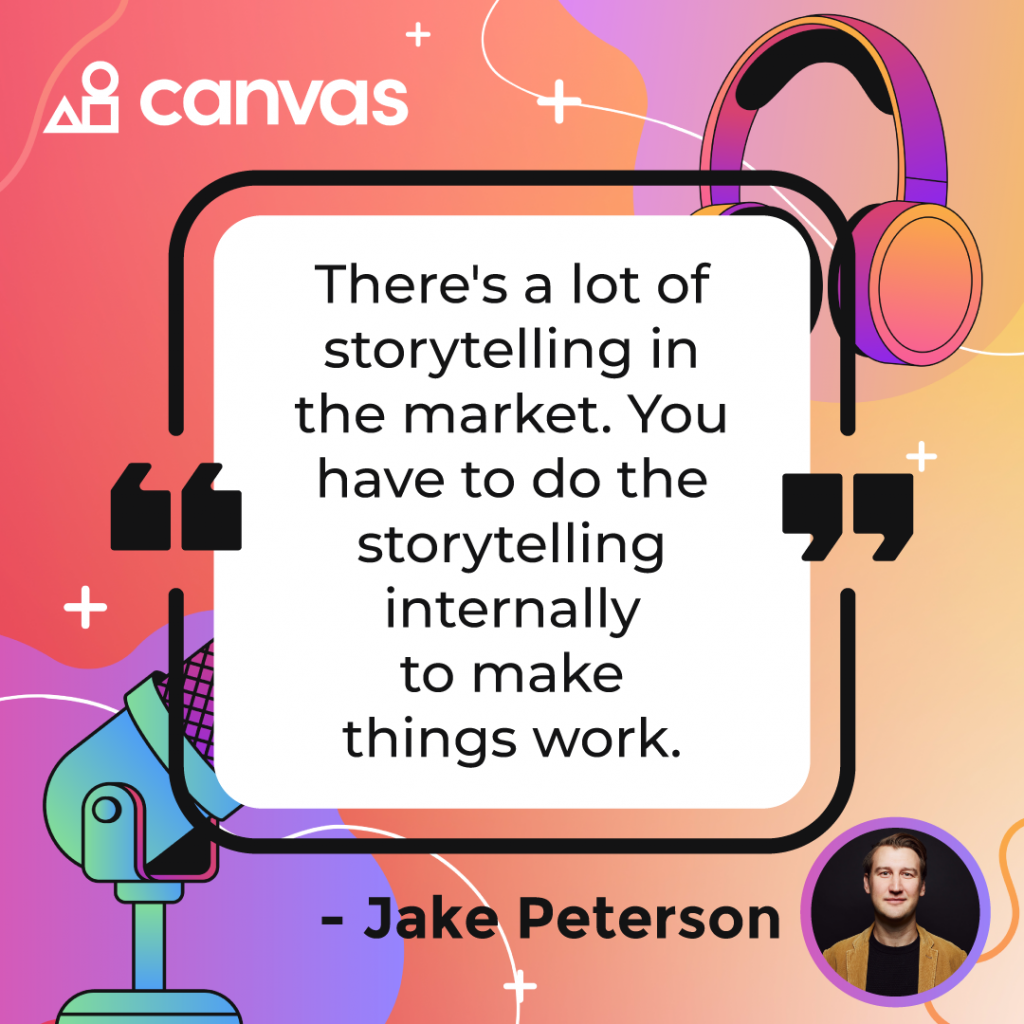 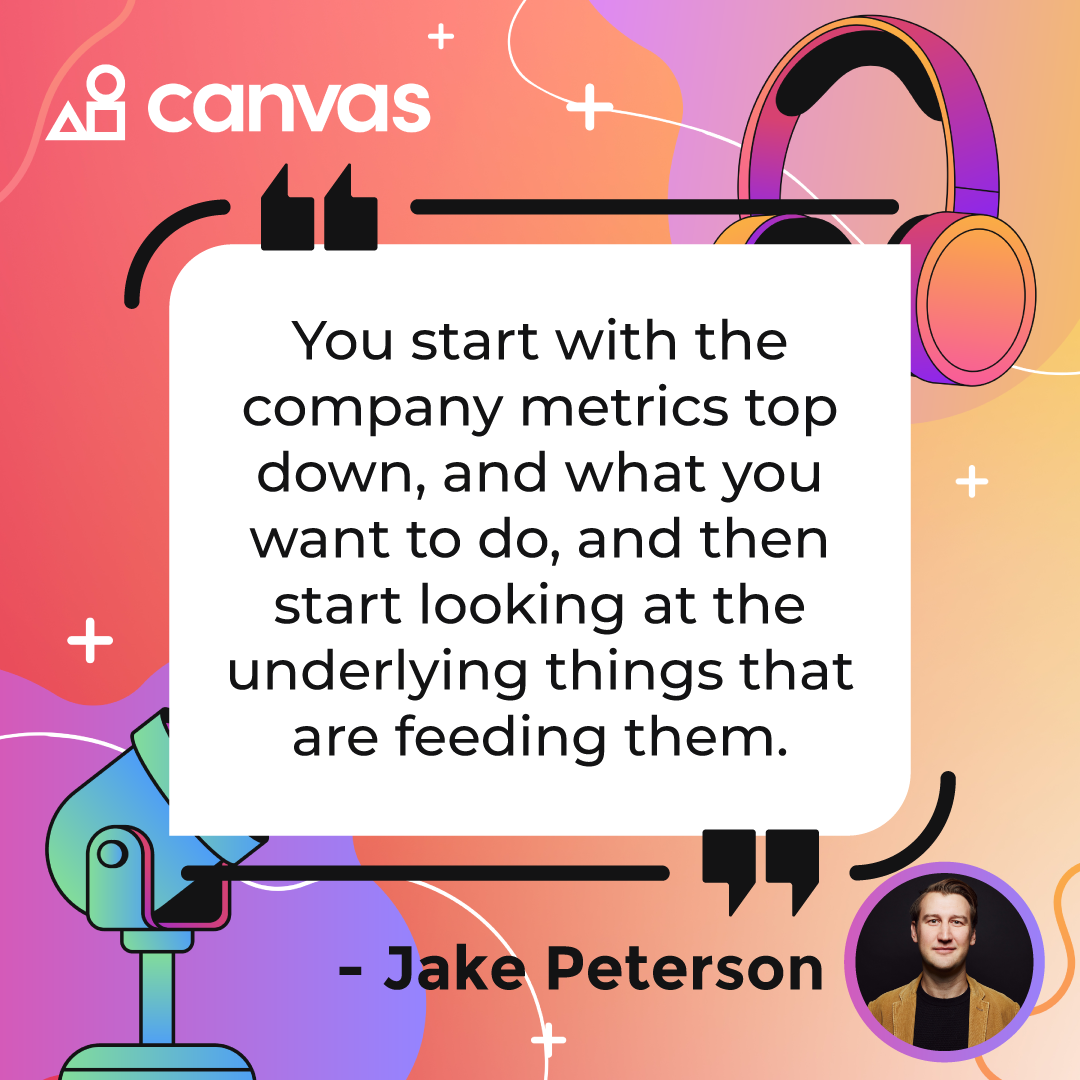 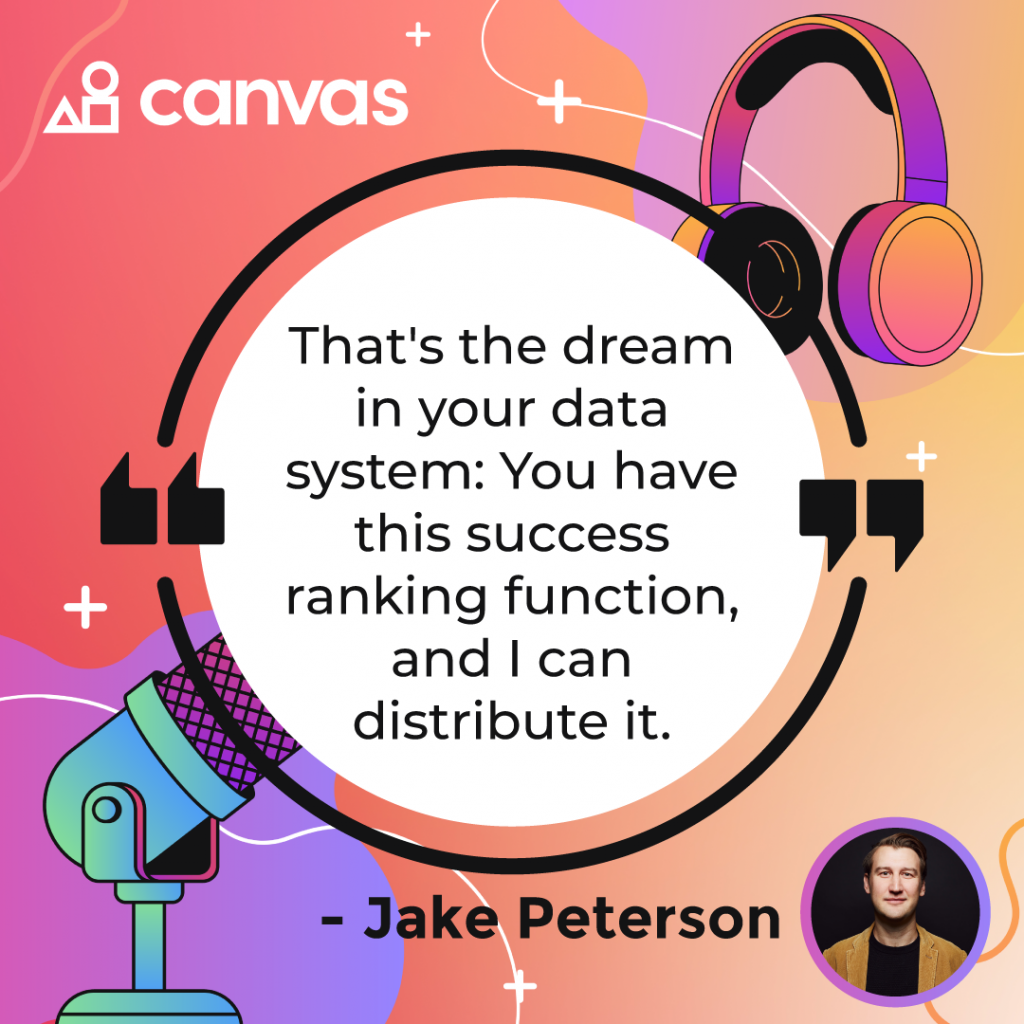 “What got me interested in working with data and performance was programming in SAS, the statistical analysis software tool.” – Jake Peterson

“It’s tremendously rewarding when you land something that your employees really use and that makes their lives a lot better.” – Jake Peterson

“I build a framework as it relates to technology, process and culture, and making sure that all of those loops land in the company.” – Jake Peterson

“When you’re an early company, you still have a lot of creativity left to execute on” – Jake Peterson

“If you build the company metrics first, that helps pull the infrastructure out of it.” – Jake Peterson

“You start with the company metrics top down, and what you want to do, and then start looking at the underlying things that are feeding them.” – Jake Peterson

“That’s the dream in your data system: You have this success ranking function, and I can distribute it.” – Jake Peterson

I’m super excited to have a friend and former coworker of Flexport. Jake Peterson, join the show. Let’s start with just maybe a quick overview on yourself?

Sure. I started at a company called Axiom doing predictive analytics. So statistical programming, marketing, consultation, marketing analytics for all kinds of clients in the direct marketing and email marketing space. It’s really, really where I got my chops. And then from there, I’ve had like a pretty weird career,I was in analytics and started a few startups, back then in 2009, a lot of the open source packages for analytics didn’t exist, most of the tooling you would buy the very basic tooling, or you’d have to roll pretty much all of it yourself.

What made you get started with, with data in the first place, what drew you to it?

I started studying simulation and statistics in college, I wasn’t really all that interested. And my first job out of college was actually like a production engineering role, producing emails and producing websites and stuff like that, I spent a good part of my day doing HTML, and it was a nice job. But you know, it really wasn’t for me. A lot of the work that I actually got excited doing was working with Dale’s, we’d have accounts, so I spent a lot of time working with data for clients. And then I just got in contact with them and connected our analytics team.

So you’ve been at some pretty operationally intensive companies. Flex board, obviously and you’re now the head of Data Advanta. Explain Advanta to the audience as well?

I think part of the fun about working with operational data is if you actually make your partner’s operational team’s job easier, it’s really rewarding. It’s like, tremendously rewarding. When you do something for them that is really helpful and makes their life a lot better that’s one of the better parts of the job. As far as Vanta, it is a security monitoring and compliance platform. So traditionally, the way you prove your security and the way that you manage consumer data quickly was you would go to an accounting firm and get a compliance audit done. This is where sock two types come from. PCI, all that stuff, the process of doing that is extremely painful. It’s the standard was designed by accounting firms. So not necessarily cued up to our modern cloud infrastructure, or cloud software setups. And there’s tons of room for automation. Vanta delivers the software to do that. So you connect your cloud systems to Vanta. And then it provides a single pane of glass to see your security stance and see how you’re doing. For a tiny startup, it can turn the VP of engineering into a virtual CISO without a ton of work involved.

Oftentimes business and data teams have to work together. What are some best practices that you tried to bring to a company on how to work with the business team efficiently?

I think it comes back to your whole strategy of how you’re going to build your function within the company. So, I think the most vanilla framing for this that’s out on the internet and you can Google is called data maturity.  I have data maturity goals at advanta, I build framework as it relates to technology, process and culture. Making sure that all of those loops land in the company and the data lens in it. After you run the function you realize you need all of these loops to work together.

What are some signals that founders and leaders should be looking at to say “Okay, we should probably think about hiring”?

So one assesses where everything is, build your foundational assessment using a data maturity framework. Date maturity framework assesses where the business is, where everybody is, and what’s going on with everybody. Find out what all their core constituencies are, and then figure out where you’re at. Then figure out where you want to be, and staff appropriately along the way. I think there are different levels of where you want to be, and how to achieve that partnership between the data team and the business team. So just as an example, I think the staffing levels you want to think about are in terms of how much investment you’re gonna make in analytical data productions. I think the range of that is somewhere between two and 13% of total staff.  2% staff of a company once you hit a couple hundred people is bare minimum for a running data team. If you’re at 2% of staff, within your data warehouse, you’re kind of barely keeping the lights on. You can expect in that situation that your date department is not running super reliably.  You can expect errors and outages regularly. So that’s the bare, basement staffing amount.

You talked about some of the things are keeping the lights on once you have 2% of the company’s headcount, but what are some of the symptoms that lead to even considering: Okay, we need to bring on an update, or we need to hire a first data person, what does stage zero look like? What are some signals that founders should be looking at to say “we should probably think about hiring.”?

A signal that consistently indicates an issue is that you don’t feel confident in your numbers,or your tool, and or you don’t have training. you’re not sure that people are using the tools correctly, and your goal setting,goal achievement, and project definitions, are almost all narrative based. When you feel like the narratives are kind of not hitting the mark necessarily. When one side is telling me one thing, and one side is telling me another, you need a tangible figure to tell you what the issue is. I really like the story about the business and your products, and your projects that you’re developing are super important, which is probably the most important thing.But when they start conflicting with each other, is usually when building a data team really seems to make sense because the quantitative side of those decisions is something that once you have your assumptions that everyone can agree on.

First and foremost, I think you want to set the company metrics. If you build the company metrics first, that helps pull the infrastructure out of it because you’ve got a concrete thing you’re delivering. You have something people can use. Then the infrastructure and the technology decision will get made after that, because you have a sense of what kind of beast you’re dealing with, especially as it relates to size and diversity of the data, and the datasets you’ve got. Say you’re an Internet of Things company, and you’ve got five sensors generating large amounts of data, but you’ve only got four or five tables in the data warehouse. You’re gonna do a very different set of things then Flexport. Flexport has a real diversity of datasets, and sources and a very real diversity of transformation means, and team means that you pick very different stacks between those two companies. So, start with the company metrics top down, and what you want to do, and then start looking at the underlying things that are feeding it. This figure can be found based on data size, data diverse and number of systems that you’re going to optimize.

The El side of things that it fixes is pretty amazing. It’s a game changer. If I had that in 2009, they would have been incredible. We would have been able to do so much more than you can now. It’s just taken everyone involved to evolve to that state. Now, we have a structured model and we can provide that through data sharing and both provide that through a standardized API and get the side that works tremendously well. The big gap is that things are working really well as EL works really well. Cloud warehouses, Snowflake, Starburst, and BigQuery, work really well. They’re there if you have a small data warehouse and work great if you have a small data warehouse. They just scale up to whatever size you need, which is great. So you just pick a commodity partner, and then you don’t have to make another decision for a long time.

How can people learn more about Vanta?

Go to the vent website or blog. For me I’m not super online you can you know, you can come to find me on LinkedIn just search Jake Peterson.