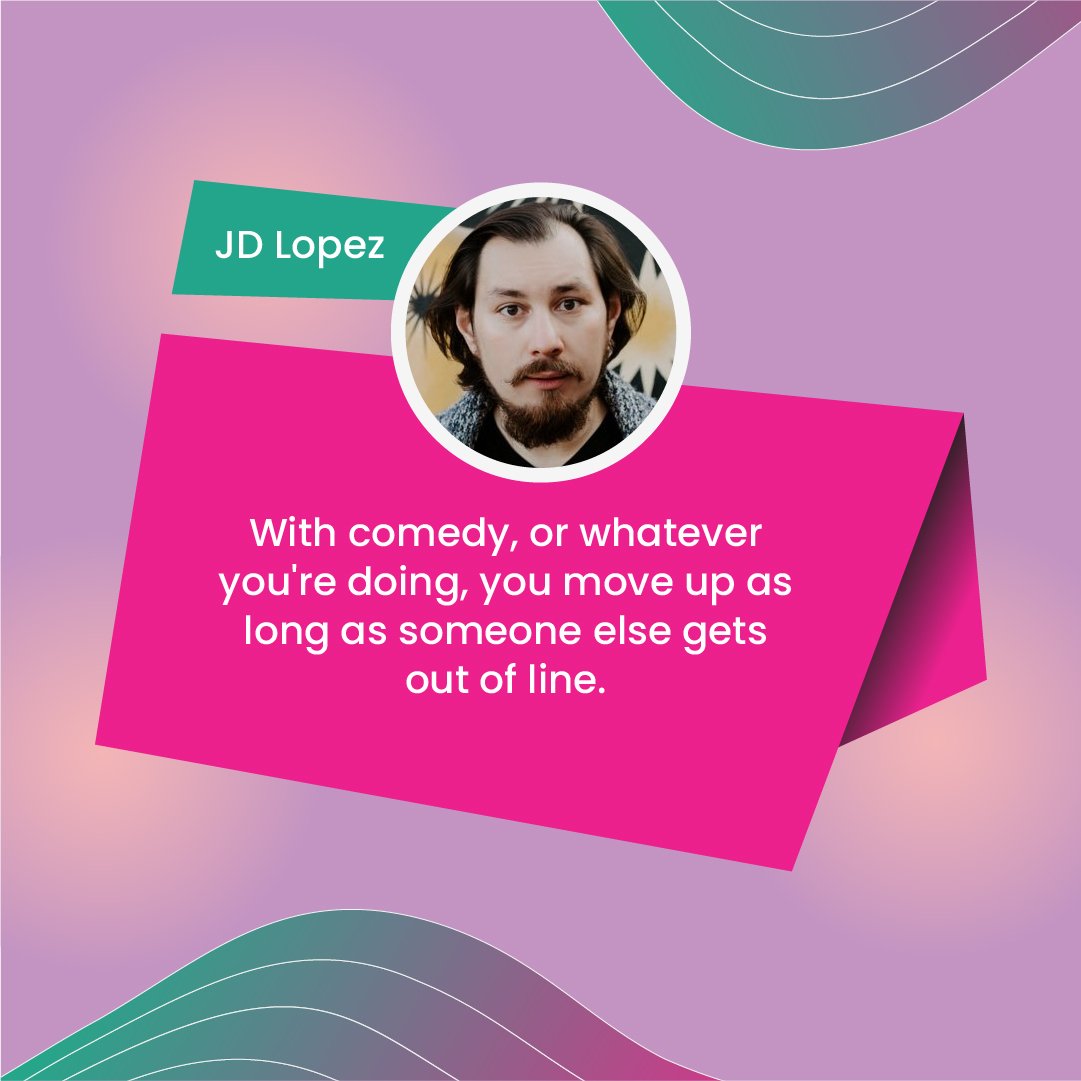 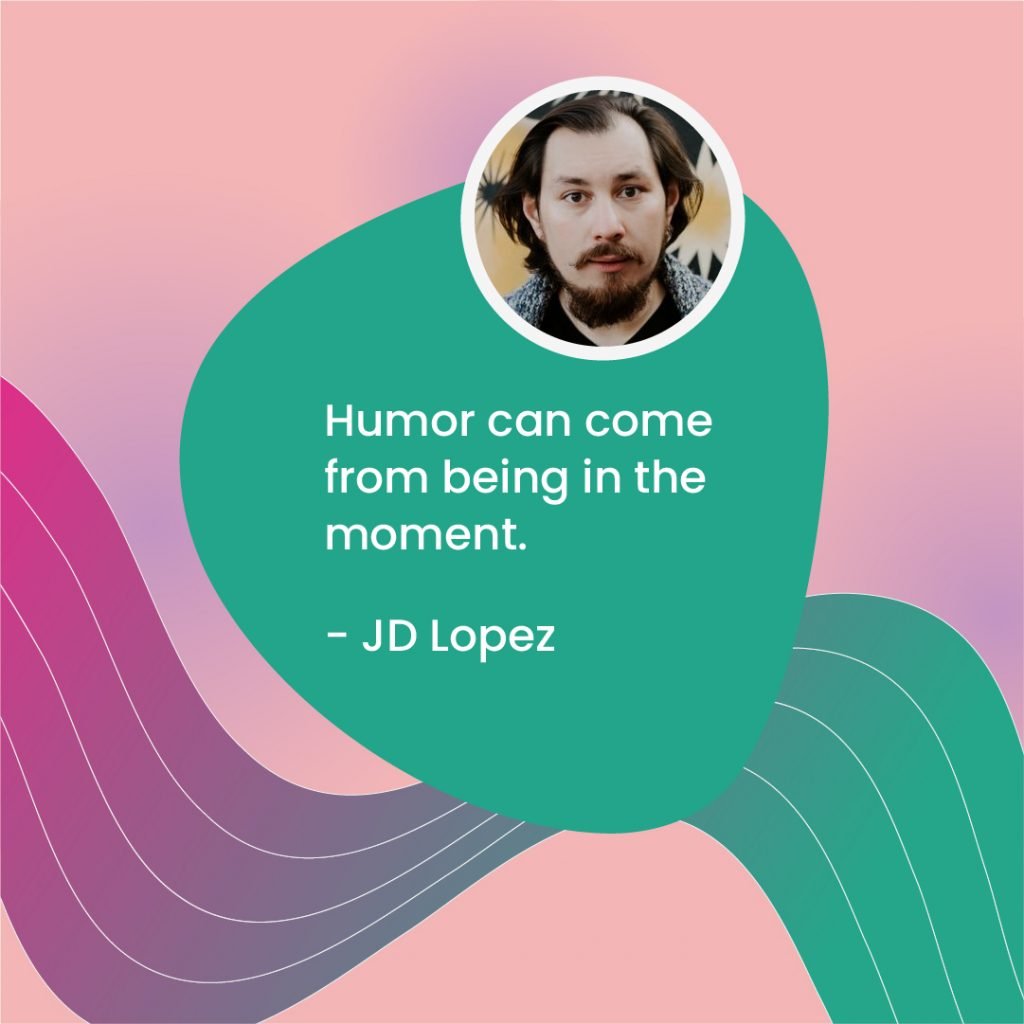 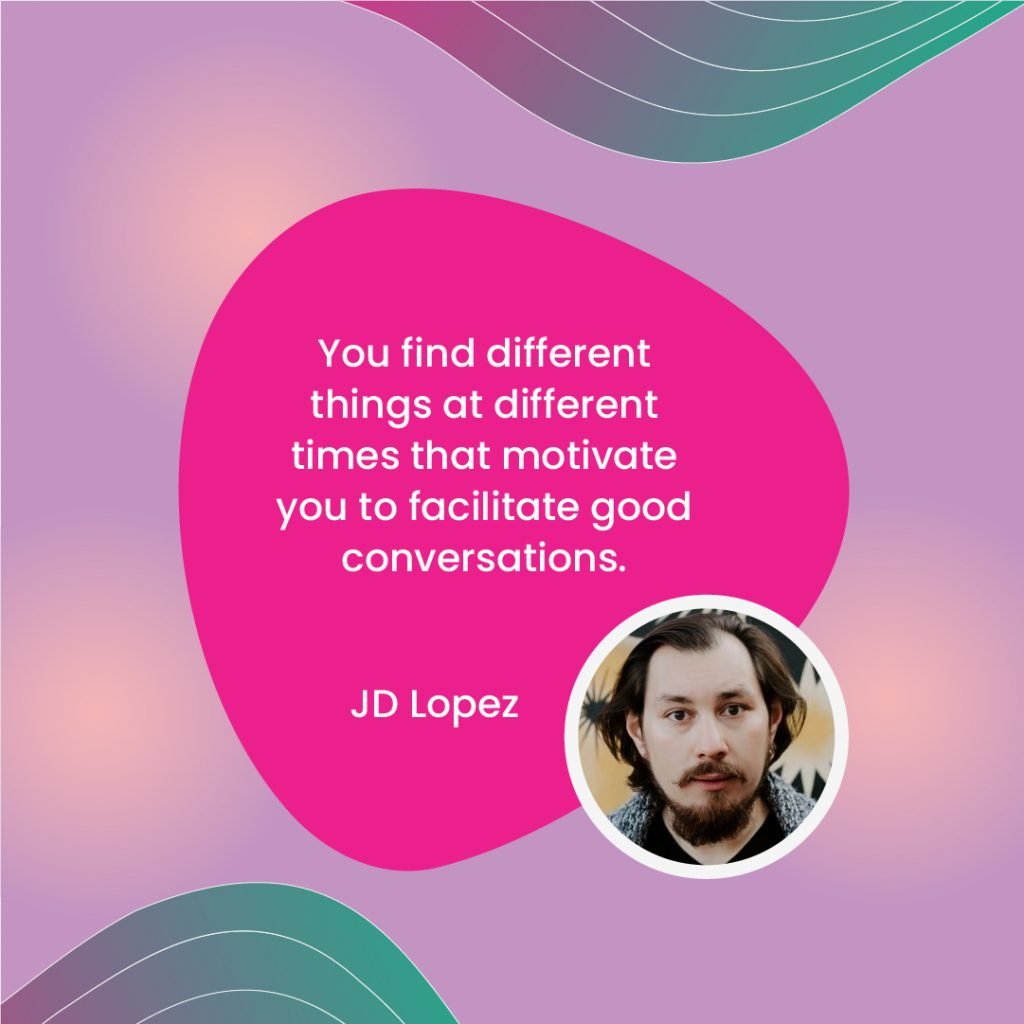 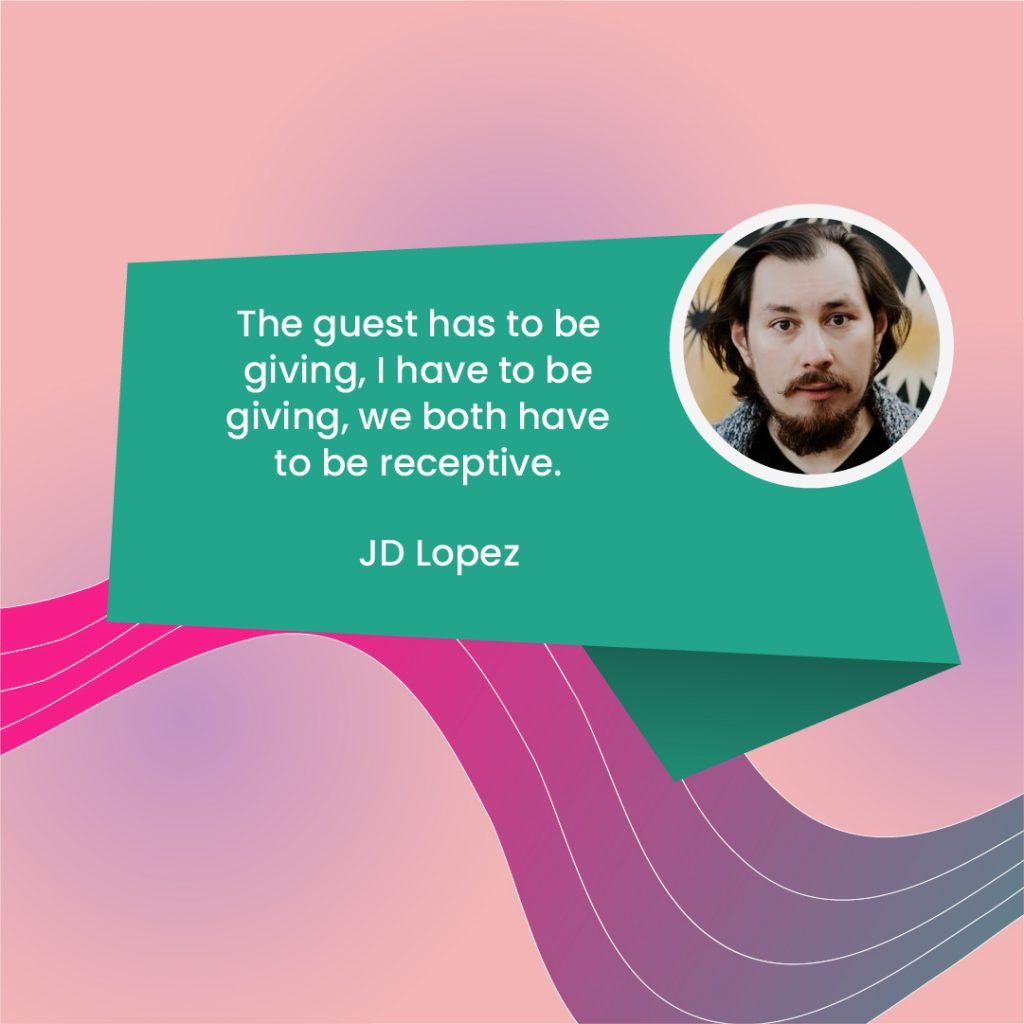 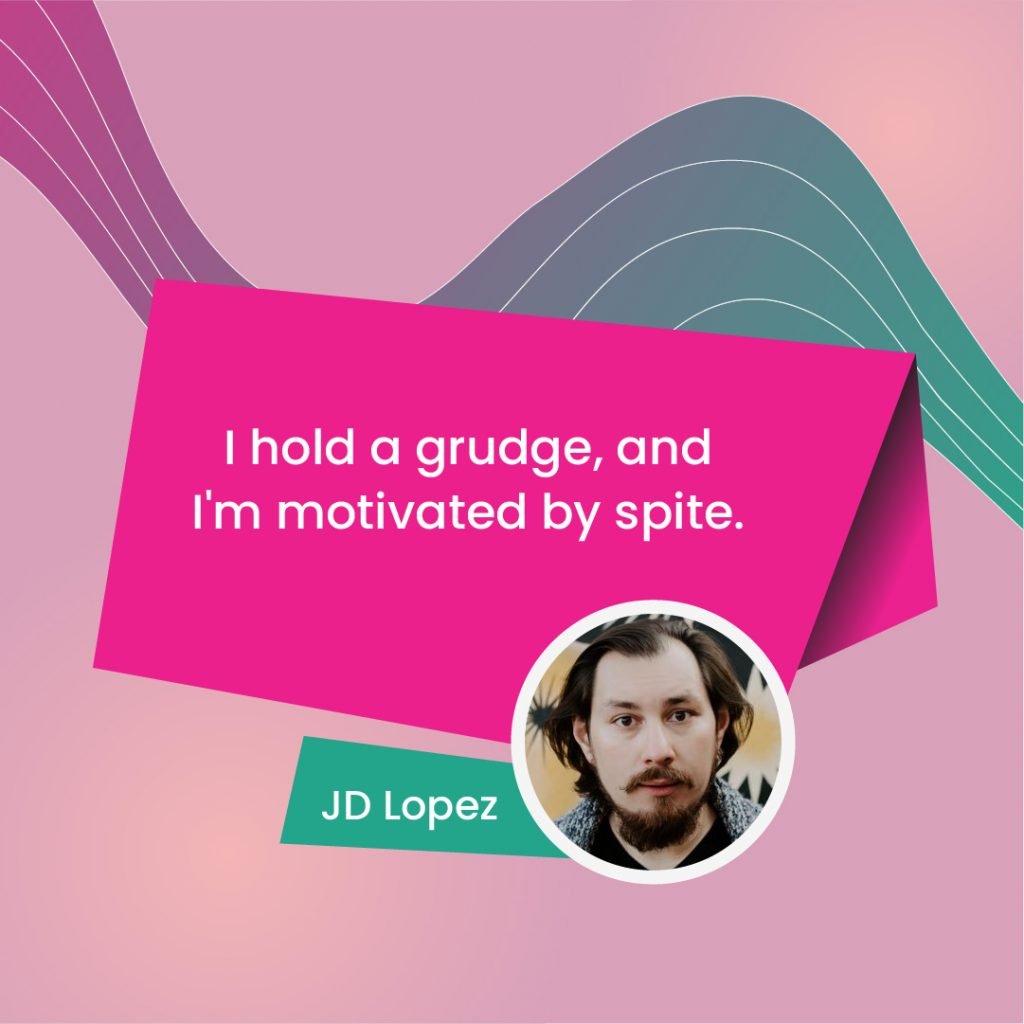 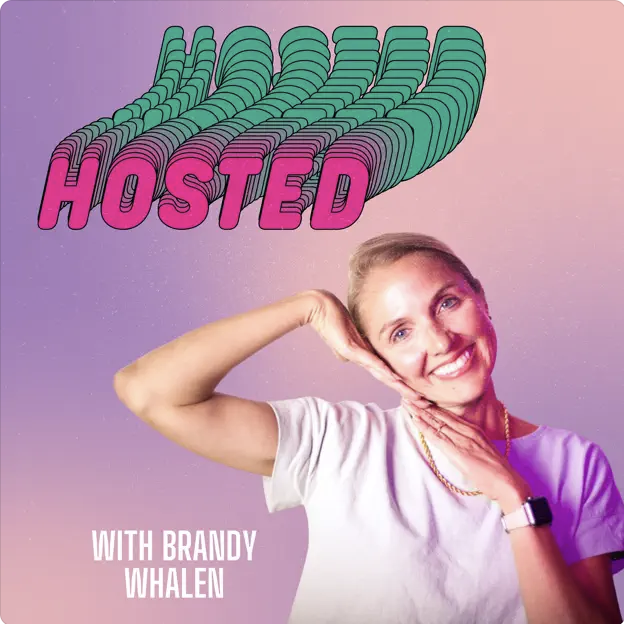 “With comedy, or whatever you’re doing, you move up as long as someone else gets out of line.” -JD Lopez.

“Humor can come from being in the moment.” -JD Lopez.

“Podcasts are a grind that you do not think about until you’re doing it.” -JD Lopez.

“You find different things at different times that motivate you to facilitate good conversations.” -JD Lopez.

“I hold a grudge, and I’m motivated by spite.” -JD Lopez.

The Grinds of Podcasting With JD Lopez

In this episode of ‘Hosted,‘ we feature JD Lopez as our guest speaker. The show is hosted by Brandy Whalen and is all about interviewing other podcast hosts, chatting about their journey, likes, personality, and what it’s like to interview other people. Lopez talks about his journey as a comedian and podcaster. He also shares his podcasting passion and some challenges and advises people who want to start their podcasting journey.

In this episode, you’ll learn:

How Did Lopez Start Podcasting?

Lopez started his podcasting journey in his basement as a big fan of podcasts. When starting out, he used student loans to buy recording equipment and then took his improv classes at Bovine Metropolis, a comedy theater and training center. However, Lopez thinks that improv class is more geared towards being in the moment than being funny.

Getting Guests to His Shows

In the beginning, getting guests for his shows was not easy. He used to do open mics to network with prominent names in town. Sometimes he would be turned down, but that he says that was rare. Lopez also said that once a guest turns him down, he never circles back.

How Does He Prepare for His Shows?

Before his show, Lopez prepares himself by doing some background research on his guests. For instance, check their work, YouTube videos, or listen to their previous podcast episodes. He was motivated by Nerdist’s work style.

What Are Other Podcasts He Has Done?

JD started Los Chupacabros with friends, which he describes as “just a silly goose time” where he just wanted to have fun. He also did the Let’s Get Drunk And Talk About Your Marriage podcast while planning his wedding. Currently, he is doing a horror film review podcast twice a month with Katie Bowman called Help Me, I’m Scared.

How Does He Make It Less Tiring?

Lopez shares that although he loves what he does, sometimes it becomes tiring since he does all the editing himself. Amidst all the work, he still hasn’t figured out how to keep it less tiring. He likes to take weekly breaks to rest and recharge.

What Motivates Him to Continue With All the Grind?

Even during his hiatuses, Lopez confirms that he misses the shows. What motivates him is real, honest conversations not present in stand-up. For him, podcasting is about honest conversations that flow, while comedy is more centered on punchlines. For this reason, JD believes he is more of a podcaster than a comedian.

Lopez’s Marriage and Other Friendships He Has Made on Podcasts

Lopez met his wife through a mutual friend while doing a podcast. They were both in theater at Betsy stage, and his wife was in the play. Through the podcast, he also made friends like Paul Karolyi, a fellow Denver podcaster.

His Advice to People Starting Out

JD advises those who want to start podcasting to try and see if they’ll like it. Podcasting involves a lot of work, from getting people to your show to editing the conversation. However, Lopez says the only option is to bring your unique perspective and see if it’ll be worth it.

Resources and Links Mentioned in the Show